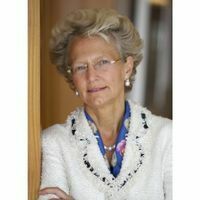 In March 2021 Clara Furse became Chairman of the UK Voluntary Carbon Markets Forum, establishing a group that aims to operationalise a global, high integrity market for voluntary carbon credits; an essential component of an accelerated and economically productive transition to net zero.

She is the Chairman of HSBC UK, a non executive director of Vodafone Group and Amadeus IT Group, SA, and a Senior Advisor to Chatham House.

She was an External Member of the Bank of England’s Financial Policy Committee (FPC) from April 2013 to October 2016. She was a non-executive Director of Nomura Holdings from June 2010 to March 2017. For 6 years until April 2017, she was on the Board of the UK’s Department for Work and Pensions and latterly its lead independent Director.

From January 2001 to May 2009 she was Chief Executive of the London Stock Exchange.